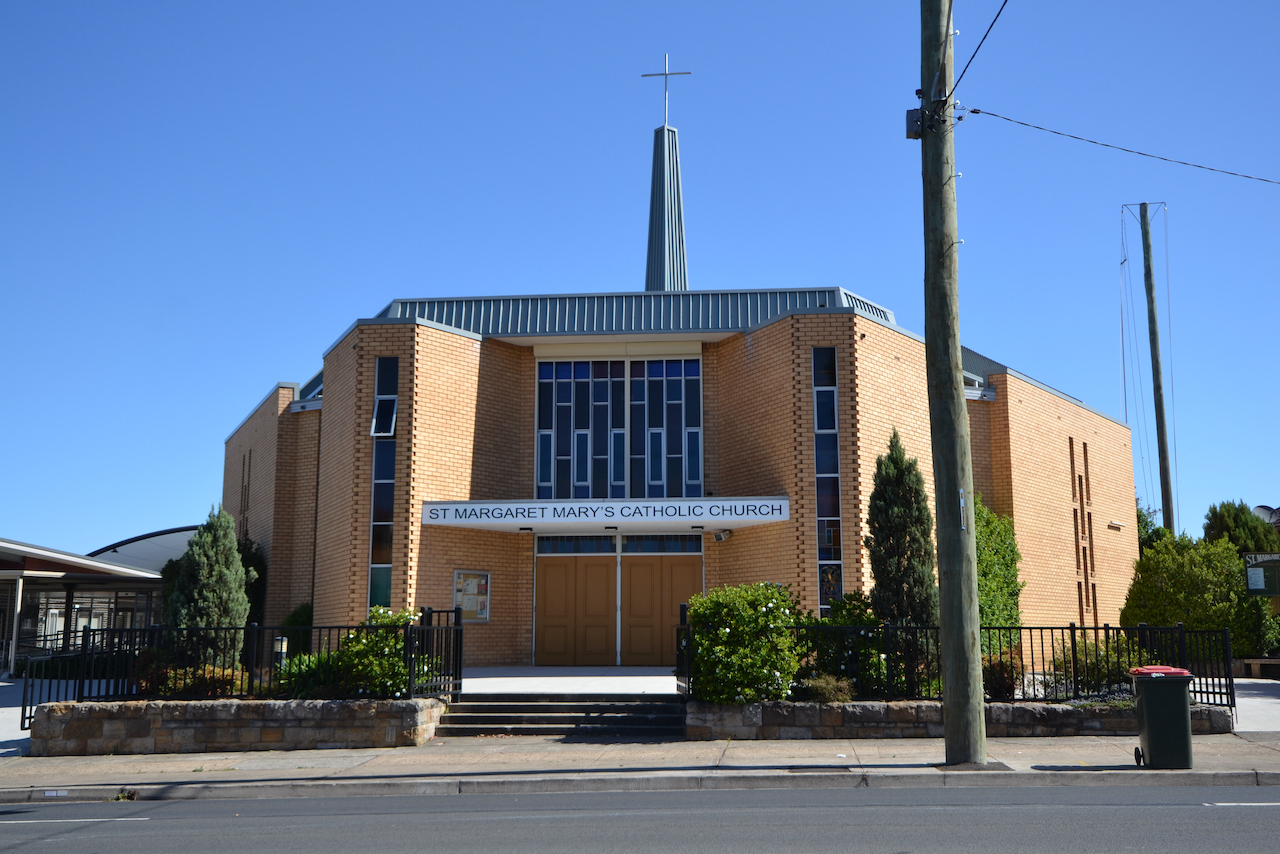 The Merrylands Parish was formed in November 1946, having previously been a part of Holy Trinity Parish, Granville.
After discussion between Monsignor McGovern and pioneer parishioner Fred Tripp (who purchased the first block of land), the parish was named in honour of St Margaret Mary.
The foundation Parish priest was Rev Lou Tosi, who built up the parish and school building which was also used as a church.
In February 1965, the parish received a ‘grand gift from Erin Isle in Father Kerrick’, who extended the school and built the church. Rev Bray succeeded him in February 1979, building the school administration block, the hall and five extra classrooms.
The parish has had many conscientious assistant priests who have moved onto other parishes and activities.
The primary school was originally staffed by the Sisters of St Joseph, then by the Marist Sisters.

Our Parish is under the Pastoral Care of the Order of St. Paul the First Hermit (known as the Pauline Fathers) who for more than 630 years are renowned Custodians of the Miraculous Icon of Our Lady of Jasna Gora, Poland.