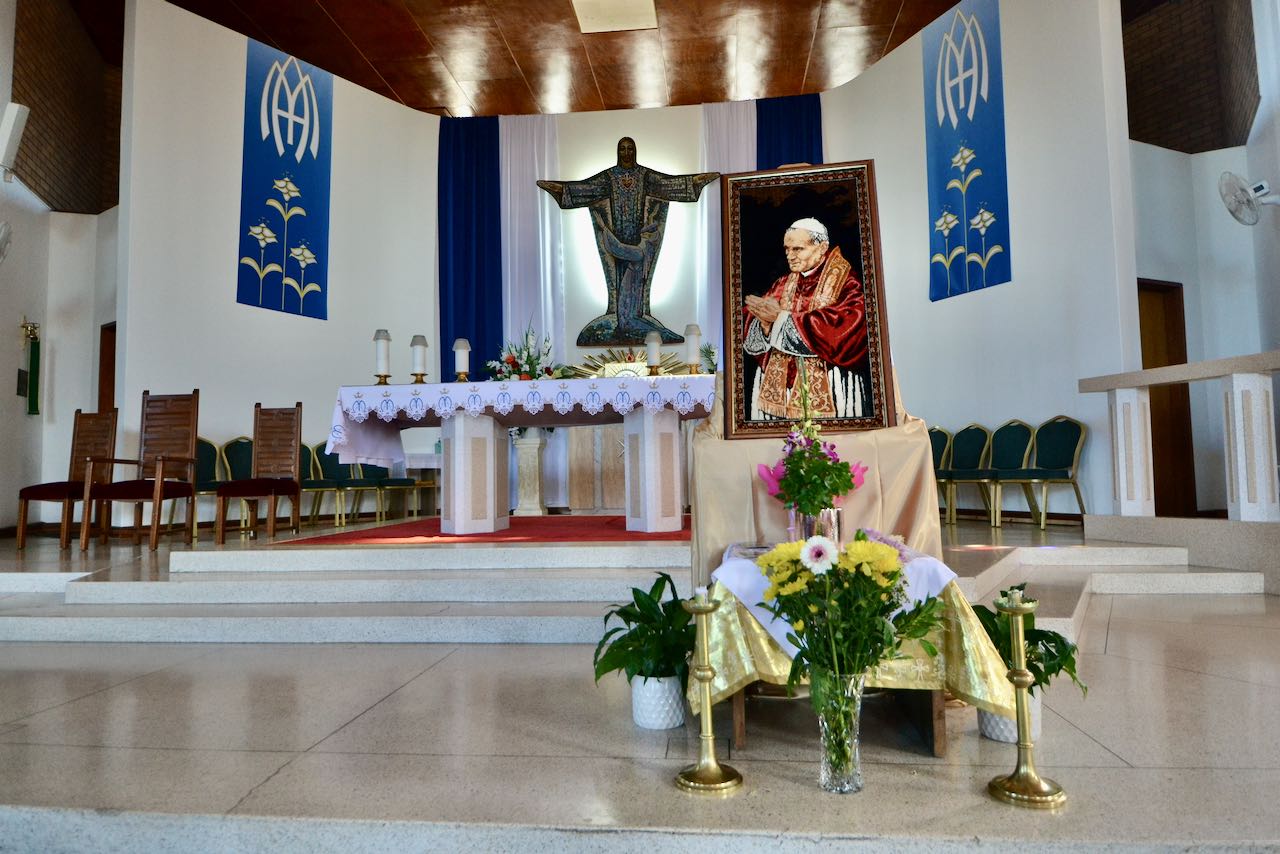 Today is the memorial of Pope St. John Paul II.

Karol Józef Wojtyła was born in 1920 in Wadowice, Poland. After his ordination to the priesthood and theological studies in Rome, he returned to his homeland and resumed various pastoral and academic tasks. He became first auxiliary bishop and, in 1964, Archbishop of Kraków and took part in the Second Vatican Council. On 16 October 1978 he was elected pope and took the name John Paul II. His exceptional apostolic zeal, particularly for families, young people and the sick, led him to numerous pastoral visits throughout the world. Among the many fruits which he has left as a heritage to the Church are above all his rich Magisterium and the promulgation of the Catechism of the Catholic Church as well as the Code of Canon Law for the Latin Church and for the Eastern Churches. In Rome on 2 April 2005, the eve of the Second Sunday of Easter (or of Divine Mercy), he departed peacefully in the Lord. He was canonized by Pope Francis on 27 April, the Second Sunday of Easter 2014.